Jimani recently shipped a 30 Watt OEM Langolier to Progressive Manufacturing in Texas. They had a laser marker from another vendor and were spending lots of money keeping it running due to down time and repair costs. Progressive Manufacturing makes spare parts for semi-conductor tools and needs to mark them permanently with lot codes and part numbers for traceability.  These spares are made from aluminum oxide which is a very difficult material to mark quickly and reliably.  They also mark mark various metals and plastics.

Their cycle time on the original 10 Watt laser marker was several minutes per part and they reduced it to about 15 seconds per part using the Langolier OEM fiber laser marker.

George Fuller, the co-owner of Progressive, was introduced to us by by a few of Jimani’s vendors whom George had been in contact with.

"We bought a new system from Jimani, and that is all we discussed regarding Jim’s product line. I had another vendor talking about using parts from our system, etc. By the time I was done looking around, I had learned that piecing a system together from used and new parts would be penny-wise and pound-foolish (stepping over dollars to pick up pennies). I had, just for comparison, considered the possibility of trying to put together my own system, but that would have been a disaster, even if I was successful. As I said, the Jimani system purchase price alone was less than I would have spent on components. Add in the labor to learn a new technology, and it would have been a disaster, even if I didn’t make any mistakes.

All things considered, I don’t know how I could have done better than I did considering how Jimani does business and the quality of the Langolier OEM laser marker", states George P. Fuller CEO. 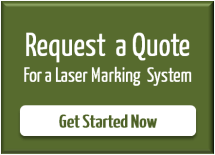