Both fiber lasers and YAG lasers produce laser light at a wavelength of approximately 1.06 microns (1064 nm)...

This wavelength of light is suitable for all metals and many, but not all, plastics and non-metals. For decades 1.06 micron light was produced by YAG lasers and there are thousands of YAG lasers in successful operation in laser marking systems.
YAG lasers are very inefficient with regard to watts of laser output versus watts of electrical power input. To achieve 20 watts of high quality laser output with a YAG laser requires 4-5 KW or so of electrical power input. Most of the electricity used to power a YAG laser simply turns into unwanted heat that must be removed by some sort of cooling system.

YAG lasers are generally maintenance intensive and much of that maintenance requires the services of specialized technicians. YAG lasers of all types have consumables associated with them. The lasers tend to be large and tethered to a single location because of electrical power requirements and cooling systems attached to them. There have been many advancements in YAG laser technology over the years that have increased the longevity of components but the basic shortcomings of wall plug inefficiency and high maintenance requirements have not changed. Any YAG laser user will attest to this.

Fiber lasers are the only revolutionary change to 1.06 micron lasers since their inception. Fiber lasers have high wall plug efficiency. If a YAG laser requires 4-5KW of wall plug power to produce 20 watts of high quality laser light, a fiber laser can produce that same 20 watts of high quality laser light with about 200 watts of wall plug power. The excess heat is removed by fans that are integrated into the laser module so no external cooling system is necessary. 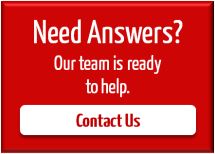 What Is Laser Marking and How to Choose the Best Laser

What Is Laser Marking?

What determines the price of a steered beam laser marking system?